Home
/
About
/
Our Board
/
Michael Duben 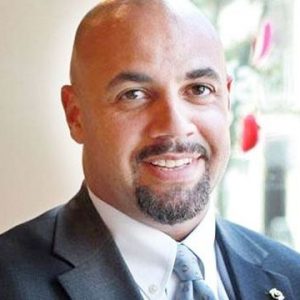 Before being appointed as Chief Administrative Officer with the Municipality of Chatham-Kent, Michael served as CAO of Oxford County, where he led a partnership-oriented, upper-tier municipal government with a commitment to sustainable growth, achieving 100% renewable energy, becoming a zero waste community, and working towards zero poverty.

Michael joined Oxford County from the District Municipality of Muskoka, where he served Chief Administrative Officer for seven years. Previously, Michael spent more than five years with the City of Windsor, first as General Manager and then as Vice President of the municipally-owned EnWin Utilities. Before entering municipal government, Michael served as a senior corporate law partner at Miller Canfield LLP, which he was a part of for 10 years.

Michael has dedicated most of his adult life to the service of others and community through his employment in the public, private, and regulatory sectors, and in his local and global volunteer work. In addition to his work for the Housing Services Corporation, Michael’s past board and committee involvement includes the Advisory Committee for Leadership Windsor-Essex, the College of Respiratory Therapists, Windsor’s City Centre Business Association, the Essex Region Conservation Foundation, the Art Gallery of Windsor, and the North American Black Historical Museum. He is a current board member and past President of the Ontario Municipal Administrators’ Association, and also served as a contributing member of the Muskoka Algonquin Healthcare Capital Plan Development Task Force and the Muskoka Founders Circle Organization.

When Michael is not applying his leadership and corporate management expertise to municipal issues, he is heavily involved in Rotary International activities in Ontario and abroad. Michael served as Club President in two different Rotary Clubs and as a District Governor. Michael and his wife, Shelly, founded Rotarians Enhancing Learning of African Youth (R.E.L.A.Y.), an educational project that has enhanced the lives of thousands of children in Ghana, Kenya, Ethiopia, Mozambique and Zambia.

Stay up-to-date on energy and insurance news, events, or updates from our CEO.